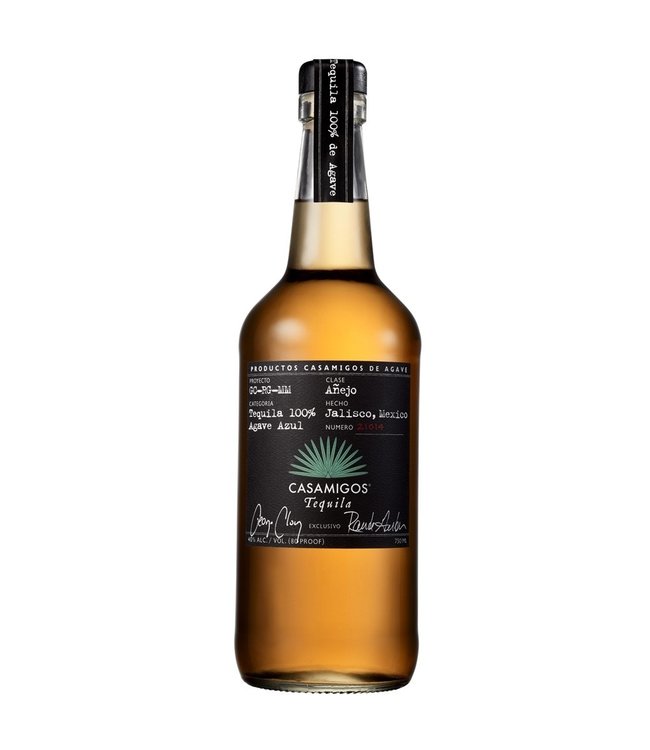 Released as part of their inaugural offerings, the Casamigos Anejo Tequila has served as the brand’s magnum opus showcasing the flavors of agave after it has fully matured in oak barrels. Each batch of this tequila begins with 100% blue Weber agaves which Read more..

Established in 2013 by neighbors and entertainment A-listers George Clooney, Rande Gerber, and Mike Meldman, the Casamigos began as nothing more than a way for them to enjoy top-shelf quality tequila with their friends and loved ones. Commissioning a distillery in Jalisco to craft a range of tequila that "tasted great and didn’t burn going down" for their personal enjoyment, the trio laid the foundations of what would eventually become the fastest-growing super-premium tequila brand on the market. After being asked to get a business license to acquire the ever-growing batches of tequilas they were requesting, they decided to market their bespoke expressions to the public – a venture that was eventually acquired by British spirits giant Diageo for a cool $1 billion.

Released as part of their inaugural offerings, the Casamigos Anejo Tequila has served as the brand’s magnum opus showcasing the flavors of agave after it has fully matured in oak barrels. Each batch of this tequila begins with 100% blue Weber agaves which are manually harvested before being baked for 72 hours in traditional brick ovens. The cooked agaves are then crushed to extract their juices which are fermented for 80 hours using their special yeast blend before being distilled in copper stills. The resulting silver tequila is then left to mature in ex-bourbon oak barrels for 14 months to create its smooth and complex flavor profile before finally being brought to proof and bottled.

Each sip of this pinkish gold tequila greets you with a pleasing nose of vanilla, confectioners’ sugar, citrus, sandalwood, leather, and barrel spices. This is complemented by a silky and sophisticated palate brimming with notes of pineapple, sweet cinnamon, sweet corn, cooked agave, oak, mild pepper notes, and faint smoke, all tied together by a fading nose of tobacco and warming cinnamon.

A smooth and satisfying sipper, there are few better ways to enjoy the flavors of aged agave than with a bottle of Casamigos Anejo Tequila. So don’t hesitate to treat yourself to one today and indulge in its exquisite taste courtesy of Clooney and company.

Stay up to date with our latest offers

Having an account with us will allow you to check out faster in the future, store multiple addresses, view and track your orders in your account, and more.

You have no items in your shopping cart